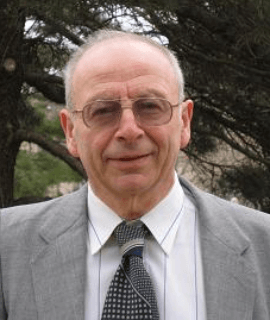 Alexander G. Ramm was born in Russia, emigrated to USA in 1979 and is a US citizen. He is Professor of Mathematics with broad interests in analysis, scattering theory, inverse problems, theoretical physics, engineering, signal estimation, tomography, theoretical numerical analysis and applied mathematics. He is an author of 708 research papers, 20 research monographs and an editor of 3 books. He has lectured in many Universities throughout the world, gave more than 150 invited and plenary talks at various Conferences and had supervised 11 Ph.D students. He was Fulbright Research Professor in Israel and in Ukraine, distinguished visiting professor in Mexico and Egypt, Mercator professor, invited plenary speaker at the 7-th PACOM, he won Khwarizmi international award in 2004, and received many other honors. A.G.Ramm as solved inverse scattering problems with xed-energy scattering data, with non-over-determined scattering data and studied scattering problems with under-determined scattering data. He solved many specic inverse problems and developed new methods in this area. He solved the many-body wave scattering problem when the bodies are small particles of arbitrary shapes and used this theory to give a recipe for creating materials with a desired refraction coecient. These results attracted attention of the scientists working in nanotechnology. He gave formulas for the scattering amplitude for scalar and electro- magnetic waves by small bodies of arbitrary shapes and formulas for the polarizability tensors for such bodies. He gave a solution to the Pompeiu problem, proved the Schiffer's conjecture and gave rst symmetry results in harmonic analysis. He has developed the Dynamical Systems Method (DSM) for solving linear and non-linear operator equations, especially ill-posed. He developed a random elds estimation theory and studied convolution equations with hyper-singular integrals. Recently, he solved the millennium problem, the Navier-Stokes problem (NSP) and proved a paradox in the NSP which shows the contradictory nature of the NSP and the non-existence of its solution on the interval t ∈ [0, ∞) for the initial data v0(x) not identically equal to zero and the force f (x, t) = 0.

Title : Solution of the Navier-Stokes Problem