HYBRID EVENT: You can participate in person at Singapore or Virtually from your home or work.
CCET 2022 Speakers 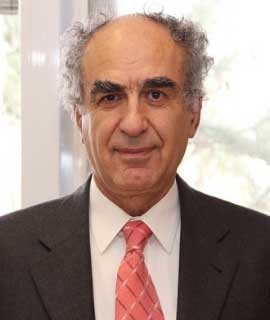 Title : How to increase the catalytic efficacy of platinum-based nanocatalysts for hydrogen generation from the hydrolysis of ammonia borane

Hydrolysis is the best way of releasing H2 from ammonia borane (AB) in the presence of catalysts. Significant achievements have been obtained in increasing the rate of releasing H2 from AB by employing transition metal nanoparticles (NPs) as catalysts. Platinum is one of the most active transition metals providing high TOF for hydrogen generation from the hydrolysis of AB. However, high price of platinum hampers its large-scale applications in catalysis. Achieving high catalytic performance with the smallest amount of metal is critical for any catalytic applications of noble metals. While continuous efforts have been devoted to improve the catalytic activity of non-noble metals, an immense challenge is the enhancement of utilization efficiency and catalytic performance, and thus ultimately lowering the cost of noble metal catalysts. For example, reducing the particle size of platinum catalysts to nanoregime increases their surface area and thus, the number of active sites. However, colloidal NPs are unstable and tend to aggregate to larger particles, which greatly hampers their recyclability and catalytic performance. A proper way of overcoming this problem is the immobilization of platinum NPs on materials with large surface area.  The catalytic activity and stability of supported platinum NPs depend on the particle size distribution, surface area of support, and strength of metal-support interaction. Selecting suitable supports is of paramount importance in obtaining NPs which are stable and still catalytically active. The strength of platinum-support interaction turns to be crucial for catalytic activity and stability of NPs on the support surface. Although no mathematical correlation between the catalytic activity and strength of metal-support interaction could be obtained yet, almost all the highly active platinum(0) catalysts have high Pt-4f binding energy as determined by XPS analysis. Increasing the lifetime and reusability of nanocatalysts can certainly help to improve the atom efficiency of Pt catalysts. Lifetime is used as a measure of stability which correlates well to the strength of metal-support interaction relative to metal-metal bond while reusability is mainly determined by the isolability of nanocatalysts for subsequent runs and measures the stability of catalysts. Low reusability is largely caused by material loss during the isolation of catalyst from solution and re-dispersing in a new reaction solution for the succeeding run of catalytic reaction. A recyclability test, which is performed by adding a new batch of AB to the reactor when the hydrolysis is complete for the subsequent cycle of hydrolysis without isolating the catalyst or removing the reaction solution from the reactor, measures the durability of catalysts. A short prelude on the mechanism of catalytic hydrolysis of AB will give insight to understand and appreciate the reported achievements in enhancing the catalytic performance of platinum-based catalysts in the hydrolysis of AB. The progresses in developing highly efficient platinum(0) nanocatalysts which have been reported to be active catalysts in H2 generation from the hydrolysis of AB will be discussed along with the available parameters including temperature, particle size, surface area, the catalyst to substrate ratio, TOF, and the XPS determined Pt-4f binding energy.

Dr. Özkar graduated from Faculty of Chemical Engineering, Technical University of Istanbul in 1972, worked for two years in industry, received Ph.D. in inorganic chemistry at Technical University of Munich in 1976 before joining Middle East Technical University. He spent one year at Max Planck Institute in Mülheim as Scholar of Alexander von Humboldt-Foundation in 1986, two years at University of Toronto as visiting professor in 1988-1990, and a total of 5 years at Colorado State University between 2000 and 2019. He was awarded Science Prize by the Scientific and Technological Research Council of Turkey in 1996 and has been a permanent member of Turkish Academy of Sciences since 1996. His research interests involve the synthesis and catalytic use of transition metal nanoparticles. He has published more than 300 research articles in SCI(E).